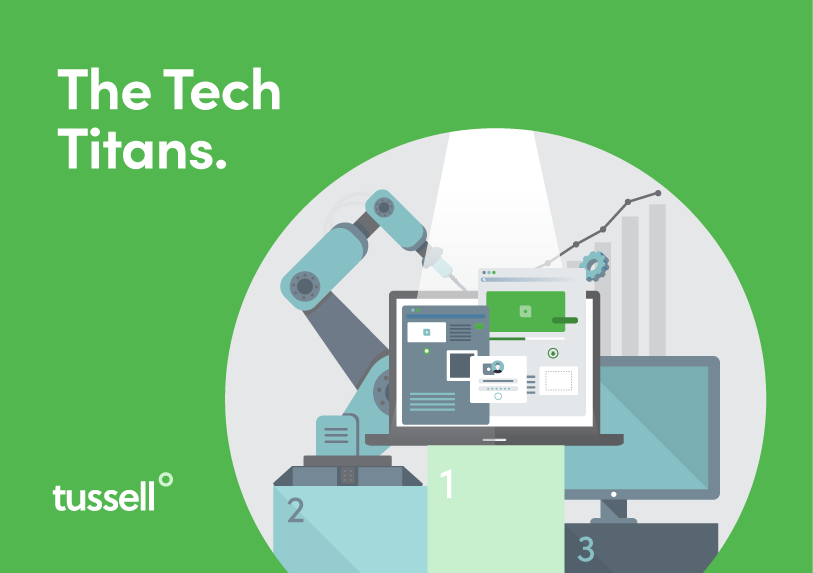 Getting the UK to 'Net Zero' carbon emissions by 2050 is a monumental task.

It will require all of the public and private sectors to fundamentally change how they work. This includes how public bodies decide to procure products and services, and, in turn, how private suppliers must operate to secure government contracts.

In the run-up to the UK's hosting of COP26 in November, the Johnson administration released a flurry of strategies, plans and reports as to how different areas of the UK will need to change to meet the government's climate commitments, including public procurement.

This blog analyses these reports to help you understand what changes, demands and expectations the public procurement process is likely to undergo as part of the shift towards Net Zero.

If you're a supplier to the public sector - or looking to become one - knowing this is pivotal to securing valuable contracts going forward: showing a commitment to Net Zero will become a much big factor when buyers decide who to award contracts to going forward.

Before looking ahead, it's worth considering where public procurement already stands on Net Zero:

Data from Tussell shows that from January 2015 -  November 2021, the UK public sector awarded over £2.1 billion in contracts which directly referenced Net Zero. This spanned roughly 2,200 contracts and 1,200 suppliers. 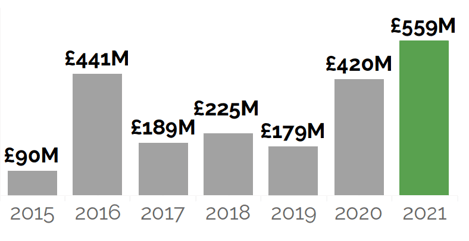 Local government buyers were responsible for over half the total value of such contracts since 2015: £1.2 billion. Central government bodies only accounted for 26% of the value, or £0.5 billion (with the Department for Business, Energy and Industrial Strategy accounting for over half of this, £192 million).

Tussell's data makes clear that even before the Johnson administration's ramping-up of Net Zero related legislation and plans in 2021, the public sector was already procuring in an increasingly Net Zero-mindful manner.

Nor has this behaviour been confined to Central Government: local bodies have already demonstrated a willingness to incorporate Net Zero-related targets and themes in their contracting processes.

With this existing transition in mind, how do the current government's plans aim to even further integrate public procurement towards its climate goal, and what can you do to get ahead?

The government has been busy planning for how the UK can shift towards carbon-neutrality. Public procurement has not been left out of the picture.

Documents that talk about public procurement's role (and that should probably be added to your reading list!) include:

Across these documents are explanations of how the government envisions public procurement figuring into its Net Zero strategy. Together, it becomes clear that the government wants public procurement to become much more holistic in its priorities, with contracting authorities needing to put more weight on factors beyond 'value-for-money': namely, your commitment to Net Zero.

Here are the key takeaways for you to get Net Zero ready:

The Cabinet Office's National Procurement Policy Statement states that addressing climate change and achieving Net Zero is one of the "national priorities that all contracting authorities should have regard to in their procurement".

This relates to government's aim for public buyers to begin taking a "broad view" of what is 'value for money' outside purely cost-cutting considerations. The Transforming Public Procurement green paper - a document outlining the government's vision for public procurement reform - argues that procurement should promote both social and monetary value: pursuing Net Zero falls under the former.

What does this mean?

If you're looking to bid on smaller contracts you need to demonstrate a commitment to Net Zero where applicable. The government has made clear that contracting authorities should only consider Net Zero commitments "where it is relevant to the subject matter and it is proportionate to do so." While public bodies will favour smaller suppliers who manage to successfully integrate climate considerations into their bids, unnecessarily 'gold-plating' a bid with unrealistic or vague commitments doesn't appear necessary.

If you're looking to secure big contracts, a commitment to Net Zero must run throughout your bid. The government has emphasised how a "clear 'golden thread'" of social value considerations - including Net Zero - must feed through both the development and "awarding [of] contracts". Again, addressing climate change must factor into all facets of large bids.

First and foremost: read the National Procurement Policy Statement, and the Transforming Public Procurement green paper. Though specifics may change, both these documents provide a picture of how the government's anticipated 'Procurement Bill' will look. The Bill - likely to be introduced in the final quarter of 2021 or early 2022 - will fundamentally shift how public procurement is done, so getting informed on the government's intentions is pivotal.

You should also begin analysing the extent to which your current business model incorporates Net Zero considerations, and how easily this could be amended. Can your business easily transition towards lower-carbon products, operations and goals, or will this require a more fundamental change in how you work? Getting in contact with Net Zero consultancy firms - like the Frazer-Nash Consultancy, Energise, the Carbon Trust or Avieco - will help you make such assessments and develop actionable strategies for adopting Net Zero targets.

Planning ahead and integrating Net Zero into your business now will put in good stead before the tide turns.

Speaking of larger contracts: suppliers bidding on most Central Government contracts with an annual value of £5 million or more must have a Carbon Reduction Plan (CRP).

Announced in Public Procurement Notice 06/21 in June 2021, a CRP documents a suppliers' greenhouse gas emissions in the UK, and how they aim to reduce them.

Without a CRP, suppliers face being excluded from bidding on contracts entirely. Currently, however, CRPs will not be used to compare bidders. The intention of government is to encourage suppliers to begin putting Net Zero thinking into action, rather than immediately penalising those who emit more than others.

This could easily change, however. As the Net Zero target date draws closer, procurement policy may alter to, say, explicitly favour suppliers who maker bolder commitments in their CRPs; the threshold contract value to which CRPs become mandatory may also be reduced, while more local contracting authorities may implement similar requirements.

If you're already in the business of bidding on and winning large government contracts, chances are you've already began work on developing your companies' CRP as they become mandatory at the end of September 2021.

If this is new territory for you, read the government's template and specifications of what a CRP needs to look like and include. To put these requirements in context, check out carbon-reduction consultancy firm Go-Positive's example CRP. Companies like Go-Positive can also assist you in quantifying your company's carbon output, and draw up a CRP from it.

Even if you're not planning on bidding on large government contracts just yet, getting familiar with and even producing your own mock CRP now will mean you'll be best prepared for if and when you do.

The key point is that all suppliers - big and small - need to begin understanding their own carbon emissions, quantifying it, and putting in place tangible measures to reduce it. Don't be left behind!

The Industrial Decarbonisation Strategy argues that as "a significant buyer of industrial products for construction and defence, the government can directly increase demand for low carbon products". By also creating new definitions, standards and labelling for 'low carbon products' in the future, it's clear the government wants to act as a 'trend setter', using the public purse and legislation to promote low-carbon products in public procurement.

Indeed, the 2020 Interim Net Zero Review explained that "environmental requirements for government procurement decisions" is one of several "facilitative levers" they could pull to "change the structure of the market". The government wants to incentivise both low carbon practices and products during the awarding process.

Equally, those who don't put time and money into sourcing low-carbon alternatives will likely be left behind as these products become the norm. Begin the search now for low-carbon alternatives to products and materials you currently use. What this search looks like depends on your sector. Construction suppliers might look into more sustainable building materials, while manufacturers might purchase more sustainably produced plastics and components.

Even if you're not in the industrial or manufacturing sectors, understanding what lower-carbon alternatives are available is likely a worthwhile use of your time: after all, low-carbon alternatives may very well be given preferential choice outside industrial sectors in years to come. Again, consulting with experts will make this process much easier.

🚨 Conclusion: it's time to act

The above snippets clearly allude to one thing: public sector procurement will be mobilised and re-directed towards the government's Net Zero objective, be it through integrating climate commitments throughout bids, mandating suppliers to quantify and address their carbon output, or through incentivising low-carbon products in the market.

The government's flagship Net Zero Strategy strikes at the core at what this means for you as a supplier: "data on carbon impact, and immediate ambition to reduce it, will be increasingly important in how we choose to do business with you".

The message couldn't be clearer: you should act now to measure and reduce your business' carbon output, and begin integrating climate commitments into your business practices and bids. Doing this will put you in the best position as new requirements and demands undoubtedly arise in the lead up to the 2050 deadline.

The Facilities Management Strategy: everything you need to know

On the 14th November 2022, the government released its Facilities Management Strategy... 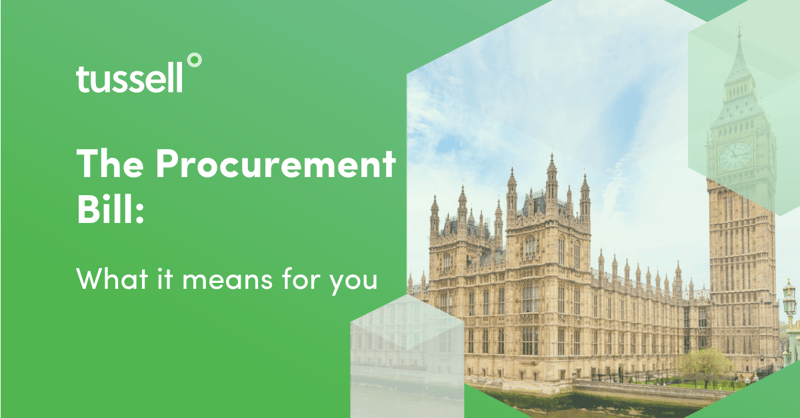 The Procurement Bill: what it means for you