With only 34 days to go until Brexit, in collaboration with the BBC, we've looked into the value and volume of contracts that the government and wider public sector have awarded for professional services since the referendum in June 2018. The private sector has played a key role in helping the government navigate the complexity of Brexit preparations, providing consultancy, research, legal, recruitment and IT services.

Enter your details below to download the full report or read on for the highlights. 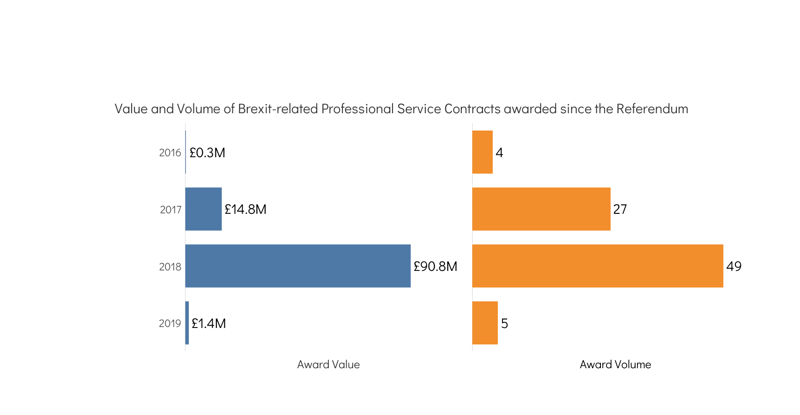 In total, the government awarded over £90m worth of contracts for professional services in preparation for Brexit in 2018. So far in 2019, 5 awards have been issued, including a £275k award to Fujitsu from the Home Office for scanners able to verify identification documents.

Almost half of the contracts awarded were for research services. DEFRA alone issued 13 of these contracts. However, the largest Brexit-related research contract came from CCS - an £800k award to Britainthinks for research support for the UK's exit from the EU. 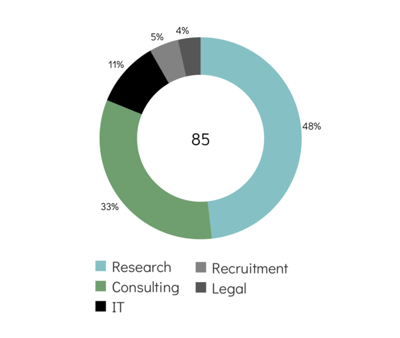 85% of the £107m spent on professional services in preparation for Brexit was for consultancy. The bulk of this value came from just 9 contracts issued by the Cabinet Office. In 2018 they issued a total of £75m to 9 suppliers for "Consultancy Support for EU Exit". 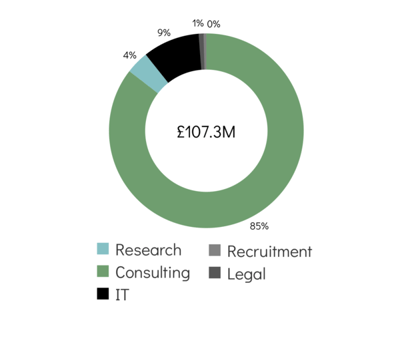 Gus Tugendhat, our founder, commented on the findings saying:

“Even in the best of circumstances, the civil service alone would never have had sufficient capacity to pull off a project like Brexit in the time available. Due to the sheer breadth of issues the government is having to grapple with, it was pragmatic to engage the expertise of consultants - even if it is has led to extra cost for the public sector and a windfall for consulting firms.”

Enter your details below to get our full report on Brexit-related professional services contracts delivered straight to your inbox. 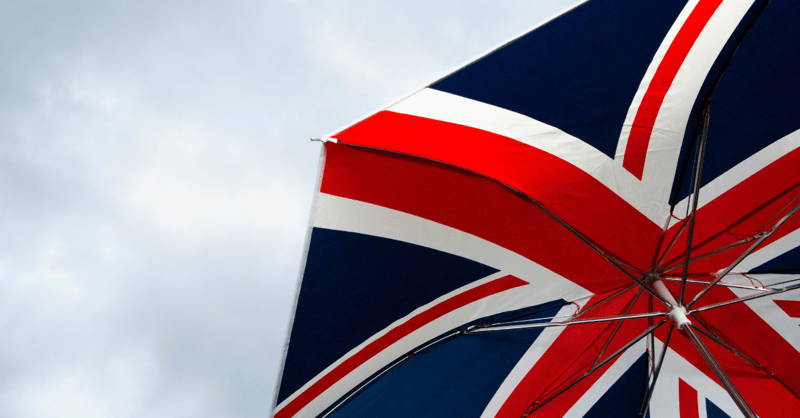 Find a Tender - are you prepared for the new portal after Brexit?

With the end of the transition period fast approaching, there's also an important...

Boston Consulting makes £2m for advice to Dexeu about Brexit

Extracts from an article by Jim Armitage, city editor for The Evening Standard. “The...

Extracts from an article by Jim Armitage, city editor for The Evening Standard. ...