Want to sell more to the public sector in England?

If so, you've got to get up-to-speed on England's procurement landscape: where public spend is growing, which regions cater to which sectors, and which regions' authorities are looking outwards for suppliers.

Using 2017 - 2020 data from Tussell's regional procurement report, we've dug up where the best opportunities lie for suppliers across the country!

Skip ahead to read about:

💷 Which local authorities spend the most with suppliers?

Starting things simply, from 2017 - 2020, the top local authority spenders - alongside their largest contract awards - were:

Investing time into understanding these local bodies may be worthwhile on account of their larger purchasing power.

📈 Which regions have seen the most public spend growth?

Though suppliers in London and the South East received the largest total amounts of public spend from 2017 - 2020 (£100bn and £80bn respectively), the North East and East Midlands saw the highest growth rate in public spend over the same period. Public spend grew on average by 16% and 15% in these regions respectively.

Does this mean you should shift focus to these regions?

Perhaps not: this growth largely originated from a small number of Central Government departments on a handful of suppliers. In the North East, for instance, 40% of the £2.8 billion spent by the Central Government came from just two government departments: the Department for Transport and the Education & Skills Funding Agency, with the former spending a significant amount on BAM Nuttall & Morgan Sindall as part of a joint venture to construct smart motorways.

A similar story unfolded across other high growth regions like the East of England and London.

The takeaway here is that though some region's growth figures may look enticing, the number of suppliers that benefited from it was relatively thin. The number of opportunities generated from growing spend in certain regions appears relatively concentrated. A more worthwhile analysis, therefore, may be to look not at where the central government looks to spend its money, but where local governments do:

🔍 Which regions look outwards for suppliers?

Excluding London and the North West, local authorities in all English regions spend more on suppliers outside their borders than they do with those inside them.

Our analysis shows that of all English regions, local authorities in the East Midlands spend the lowest proportion of spending with locally-based suppliers. From 2017 - 2020, 65% of East Midland authorities' procurement spend went to suppliers based outside the East Midlands. The top supplier regions included: London (£4.4bn), the South East (£1.1bn) and the North West (£1.0bn).

Other predominantly outward-looking regions included Yorkshire & The Humber and the North East, with 60% and 58% of their procurement spend going to non-local suppliers respectively.

This outward-looking picture will likely change over the coming years, however.

As the graph below shows, practically all English regions have increased spend with locally-based suppliers from 2017 - 2020. 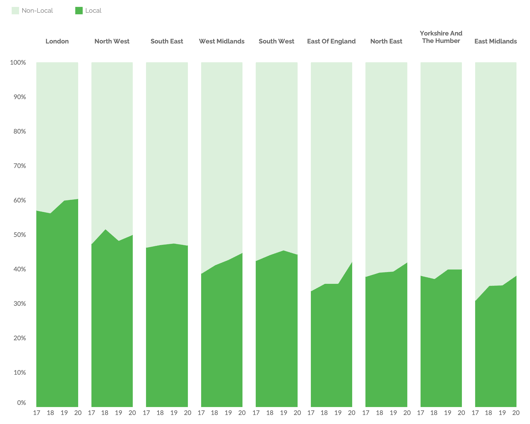 The East Midlands saw the highest growth in spend with local suppliers, spending nearly 45% more with them across the period. London, by contrast, spent 23% more.

Of course, this story isn't true everywhere. Thirty local authorities had a negative local spend growth across the period, with the North East Combined Authority doing so the most, at 73%!

Nevertheless, these authorities remain outliars. So what does this mean for you?

If these trends continue, opportunities for you to do business with your local authorities are likely to increase. You won't need to export your goods and services to more distant public-sector bodies to the same extent, but can instead be more active closer to home.

Better understanding the needs, spend and behaviour of your local authorities is an increasingly worthwhile investment: see how Tussell can help you do this.

🏠 Which regions look inwards for suppliers?

With this in mind, which regions already favour locally-based suppliers?

Suppliers in 3 regions - Yorkshire & The Humber, the West Midlands and the North West - received more money from public bodies inside their own region than from the Central Government.  If you're in one of these regions, there likely already exists ample opportunities to sell to the public sector within your own area.

By contrast, suppliers in the South East received the lowest proportion of spending from bodies in their own region, at just 19%. This is followed by London (21%) and the East of England (24%).

The three inwards-looking regions listed above are in the minority: 6 out of 9 regions suppliers' incomes from Central Government was higher than from local public sector bodies, with suppliers in certain regions - like the South West and London - receiving over half their procurement spend from central government departments.

What does this mean for suppliers?

As discussed above, this picture is likely to change in the coming years as local authorities look more and more locally for suppliers. This means that inter-regional spend - which is already quite thinly spread - could decrease in favour of intra-regional spend.

If you're a supplier in the construction, education, health and IT sectors, it's worth understanding which regions favour your sector over others.

Here's a breakdown of which regions saw the largest growth rate in procurement spend in these sectors from 2017 - 2020:

Spend on construction suppliers grew the most in Yorkshire & The Humber, at 9%.

This growth was primarily due to significant annual spending by Highways England (National Highways) and Barnsley Metropolitan Borough. National Highways' sizeable spend was largely concentrated with Carnell Support Services for drainage surveying, while Barnsley Met Borough had two large contracts with Henry Boot Construction for the construction of the 'Glass Works' leisure centre.

Spend on education suppliers grew the most in the East Midlands and the South East (at 12% each), followed by the North East (10%).

Suppliers in the education sector who received the most public sector income were firms providing job and skills training. The Education and Skills Agency, for instance, spent £48m with Realise Learning & Employment, while the Department for Health and Social Care (DHSC) and the Department for Education spent a combined £117m with Skill for Care, a charity that offer skills training for social care.

High growth in spending with healthcare suppliers in the East of England was partly due to Oxford University Hospital NHS Foundation Trust, who increased their spending by more than £1bn in 2020.

Spend on IT suppliers grew by the most in Yorkshire & The Humber (18%), followed by the South West (17%)

The growth in earnings received by IT suppliers in Yorkshire was driven primarily by the DHSC, the Ministry of Defence (MoD) and NHS Digital. The DHSC, for instance, awarded £335m to Egton Medical Information Systems and the Pheonix Partnership on a GP clinical IT system (which were both multi-year contracts), while NHS Digital contracted Bjss Limited for "development support services" - a call-off contract under the Digital Outcomes & Specialists framework - for £56m, and a further approximately £14m on another development operations contract.

Notably, spend on IT suppliers in London grew by 0%.

It's clear that certain regions have seen a boom in certain sectors over others.

To get a clearer picture on which regions saw minimal growth rates in these sectors - and so less likely to offer you opportunities - download the full regional analysis report.

⏰ Where are valuable contracts likely to be renewed?

Tussell identified at least £30 billion worth of contracts that are likely to be renewed will come to an end between 2021 and 2023.*

These figures represent a tremendous opportunity for all suppliers, whether you're looking to sell to public bodies inside or outside your locality.

Some notable locally-awarded contracts that are due to expire by 2023 include:

Keeping an eye on soon-to-expire public sector contracts means your business can engage early with public bodies to understand what exactly it is they are looking for on a bid, and win more business: see how Tussell can allow you to easily do this.

* 'Likely to be renewed' were defined as contracts which were either 'service' or 'supplies' in type, due to the often repeatable nature of their supply.

Opportunities for hopeful and current public suppliers are plentiful: you just need to know where to look.

Knowing how England's regions are growing, spending and looking for suppliers will allow you to make a more informed search for new business.

For an ever deeper look into how public procurement spend across England, download the full regional analysis report! 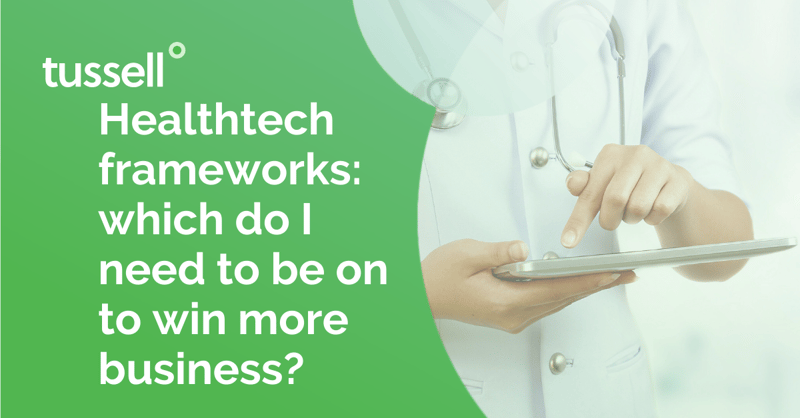 Healthtech frameworks: which do I need to be on to win more business?

The public sector healthtech market has never been so lucrative: the value of... 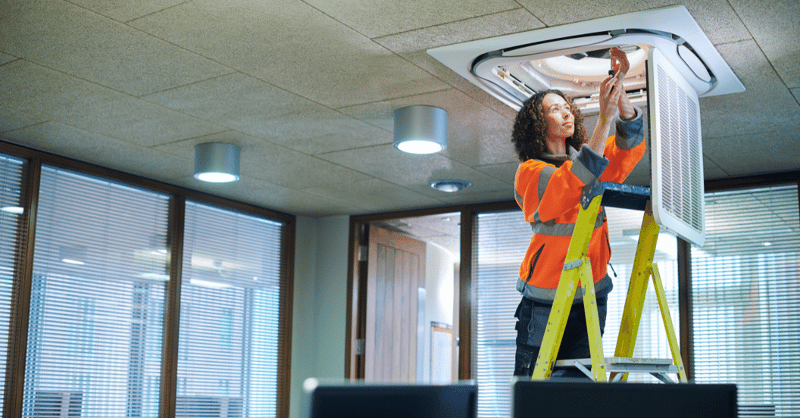 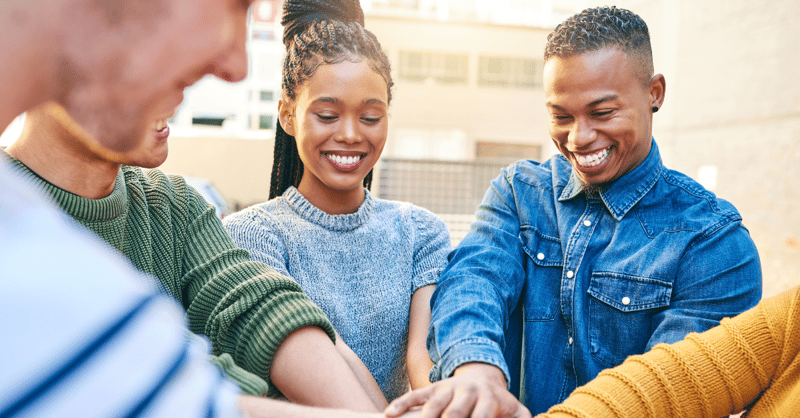